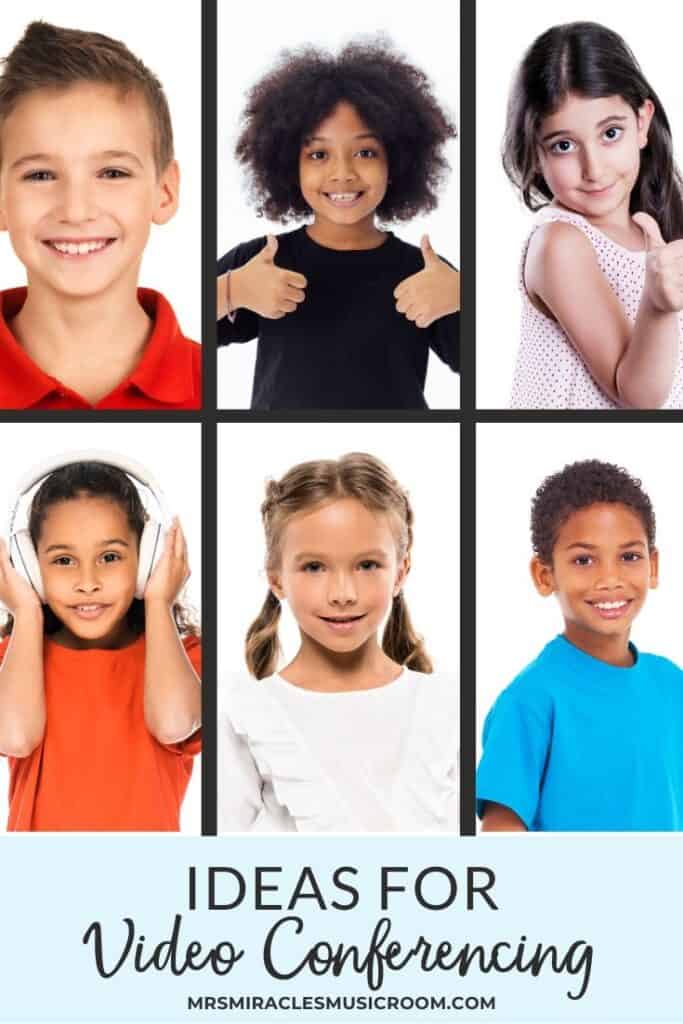 This past spring, with distance learning, you were likely thrown into the world of video conferencing. Whether you had staff meetings over Skype or had to teach synchronous lesson over Zoom, there was a learning curve for us all! In this blog post, I’ll detail my favorite ways to video conference with students, to help teach content and build relationships! Please note, all of these ideas assume that you will be distance teaching for at least part of the day, with you in one location, and students in another.

First, let’s discuss the different video conferencing platforms. The platform you use is going to depend on what your district will allow. For example, in my district, we are not allowed to use Zoom, but can use Teams and Schoology conferencing with students. With my youngest daughter's distance learning, I’ve used Google Meet. Some districts might use Skype. Each platform has similar features—the ability to see other people, the ability to turn microphones on and off, etc. Schoology conferencing has a whiteboard feature, which is helpful, and I love that with Zoom, you can see everyone’s faces, even when the room is quite full! (I’ve been playing Euchre over Zoom with marching band friends from college, and with my family, and love being able to see everyone at once!) Before you decide on your platform, make sure to check with your district, as they will likely have a district-approved tool for you to use.

Here are some ways you can use video conferencing for your music lessons:

I’ve heard from many music educators who have been teaching synchronous lessons in a video conference. This means that all students are invited to a specific time and a specific link, to watch and engage with the lesson. For more information about synchronous lessons, read this blog post.

Singing and playing instruments, however, can be tricky over video conferencing! Because of lag time, it’s hard to truly make music together. An idea that I heard about this spring was to a “silent rehearsal,” which I tried with band. I invited all students to mute themselves. Then, I played a song on the flute, and they played along with me. We did try to unmute just to see what it would sound like…which was quite the experience! Still, I think this was a good way for students to be able to actively make music while at home.

Students can sing with you, but with their microphones off. Every now and then, though, I play the “unmuting game,” where we go ahead and sing “together.” It sounds messy, but it's fun!

Instead of expecting all students to come to your lessons, you could also have “supplemental lessons,” which allow for you to check in with students, review material, and maybe play a game! I did this with fourth grade this spring, with my co-teacher Katie. We told students they were welcome to come to a video conference, and set up two different times. During each conference, we checked in with students, asked them how they were making music at home, and then played a game with them. For these lessons, we played Poison, which is a fun game where students have to echo every pattern you do…except the Poison pattern! You could simply write a pattern on a whiteboard to be the Poison pattern, or print Poison cards out. Here are a couple of my Poison pattern sets: 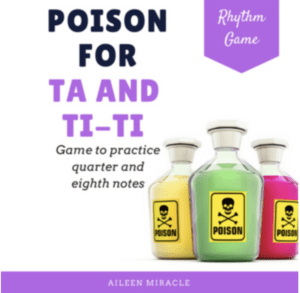 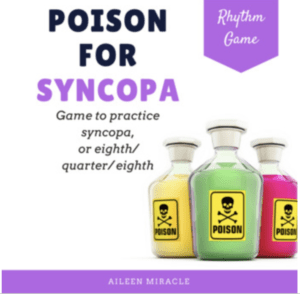 As music educators, many of us are wondering about performances for next year, and if they will happen at all. One alternate to doing performances in person with an audience is to do a video conference performance.

My youngest daughter Macy has had two performances over Google Meet. Her first performance was originally planned to be in person, but then was cancelled because of COVID. The classroom teachers at her school put together a “Carnival of the Animals” performance each year. Her class had a poem and dance to “The Swan” from “Carnival of the Animals,” as well as a Zebra poem and dance. Since we couldn’t do it in person, they had a rehearsal over Google Meet, where they reviewed everything with students, and then they had a performance. This was of course a different experience than in person, but still really cool! The teacher put the music on, and students danced. For the poem, all of their microphones were on…so there was some cacophony, but still a really cool experience!

Macy also participated in a virtual ballet camp this summer, in which she had four rehearsals over video conferencing, learning a ballet dance and tap dance to music from “Frozen.” They even did some crafts, which was really fun! On the last day, they performed the dances together, with the teacher playing the music and dancing with them. I stood in front of Macy and video recorded both dances (and then of course, posted to Facebook for all of my family and friends to see!)

In the music classroom, I think it would be difficult to do a full-length performance over video conferencing, but I think you could do parts of it, so that parents could get a better idea of what students have been working on in music. Here are a few ideas that come to mind:

If students were comfortable, you could choose some solos for parts of your performance, so that those students could perform alone without lag from any other child’s computer.

I have a few colleagues who, this past spring, taught private lessons to any of their band students who signed up. This was really generous of them, and gave them a chance to guide students individually, which we don’t always have the ability to do! I did have a couple impromptu lessons with a student who reached out to me over Teams, and was able to review notes with her on the clarinet, and help her fix her reed. I think you could set this up so it’s not terribly time-consuming. Perhaps one day a week, students could sign up for 10 minute time slots with you, to get individual help. This could help build student relationships, and help them improve on their instrument!

What are your favorite ways to use video conferencing? Feel free to comment below, and happy planning and teaching!