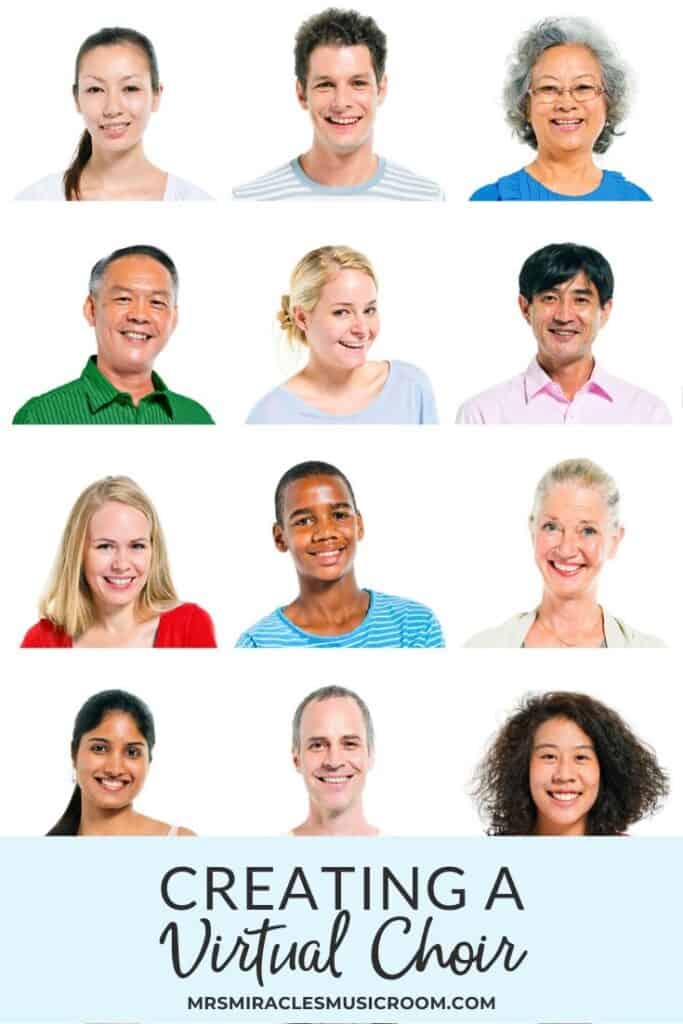 First, a word of warning: as Katie Wardrobe writes in this blog post, it was a LOT of work. I only recommend that you try this if you’re fairly comfortable with video editing and you have time to devote to the project.

Why create a virtual choir performance?

Since we can’t sing together in person, a virtual choir can be a great way to have students actively making music. It’s also a feel-good type of video that can be sent out through email, social media, etc., which can build community.

How do I create a virtual choir performance?

The song I used is called “Deep and Dark,” by Richard Gillard/ Steve Runciman, and was used with permission. I learned the song from the book “Victoria Sings Short Stuff: Small Songs for Community Singing,” edited by Fay White. The book is an excellent resource with lots of songs I had never seen before; I found it when I was in Australia this past fall. It comes with CD’s, and can be purchased here (note: keep in mind the price shown is in Australian dollars!)

Here is the final video of my elementary choir.

And here is the video of an elementary band I assisted in compiling. We used a similar process, except that the audio was edited in GarageBand (by Timothy Minneci, my co-worker Katie's husband.)

Have you created a virtual choir? Feel free to leave links below, and also let me know if you have any more questions. Happy editing!

PrevPreviousEncouraging Participation in Distance Learning Lessons
Next#052: If we can’t do x, let’s do yNext