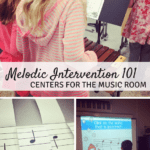 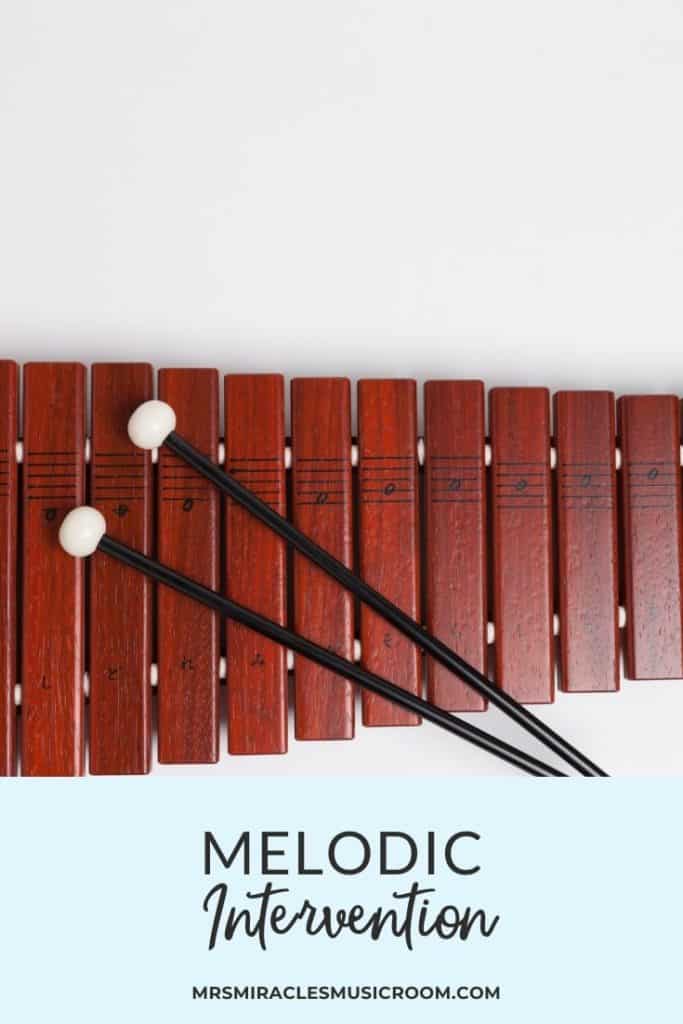 This past week, with my second graders, I have been doing centers to practice sol, la, mi, and do. Typically when I do centers (which you can read more about here), I choose the groups and tell students when to rotate. Last week, though, I've let the students choose which group to go to and when to switch, and I have LOVED the results. It feels so student-centered, and the students take so much ownership in their learning and their choices!

Today, I'm blogging about the set-up, the six centers, and how I provided intervention for those struggling melodically.

At the start of the lesson, after we played a singing game which included sol, la, mi, and do (I used “King's Land”), I explained each of the six centers. They were as follows:

This is a great game to help students really look carefully at patterns on the staff. They choose a snowman, then choose which note/ solfa is not correct. I had this projected on my SMART board, but if you don't have a SMART board, you could have students at that center choose notes with a mouse, on your computer. 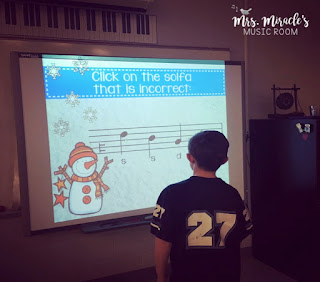 I just bought these handbells this year, which I've loved for practicing solfa! I created patterns for this center, and students each grabbed a handball, another student held up the patterns, and they played through each pattern.  The handbells are pretty inexpensive, and are a great purchase if you don't get much money each year in your budget.

I have eight iPad minis, so I had students at this center take a sheet, open up a QR app like this one,  and then scan each QR code to hear the pattern notated. If you have access to Chromebooks instead of iPads, you could use an app like this one to have students scan and listen.

I used a worksheet from this centers set, in which students trace the rhythms and noteheads for “Apple Tree” and then figure out which song it is. If you don't have this set, though, you can download this worksheet set by Jamie Parker for free, and have students fill out the “do” worksheet.

A note about this center: I have flexible seating in my music room, so I had the wobble stools set up at this center to make it more enticing for students to come to. And lo and behold, this center was always full, because kids could sit on wobble stools as they filled out the worksheets. 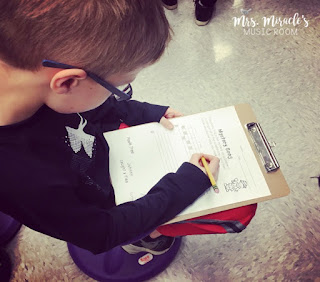 At this center, I had barred instruments and mallets set out, as well as music stands with the stick notation for “Apple Tree.” I told students that G was sol, and then they had to figure out how to play the song by using their knowledge of solfa and steps and skips! To minimize the noise in the room, I had students play in “practice mode” on the instruments, with their mallets turned over (since I have rubber mallets and it doesn't hurt the instruments.) Here is a picture of the students working: 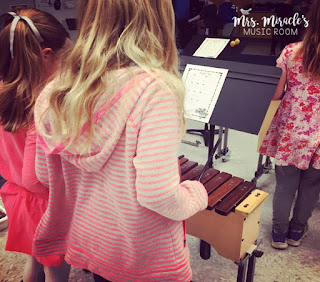 The stick notation is in my 2nd grade centers set, but you could also write out the stick notation to another song with sol, la, mi, and do. To differentiate, if you have a student who gets it right away, you can have them figure out how to play it starting on a different note (like starting on C, for example.) If you have students are struggling, you could remove the bars they don't need (so only C, E, G, and A are up.)

At this last center, students got a sheet and a flip book. Then, they worked with the flip books to write patterns by folding each flap down or lifting it up! Here is a picture of the flip books: 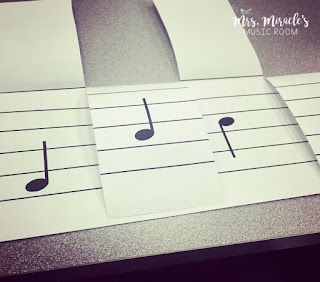 After I explained each of the centers, I did a quick review again, and then told students they could go to whichever they wanted. I played my wind chimes twice during the lesson, to remind students that if they hadn't switched yet, they should. (Disclaimer: I do have 50 minute classes, so this was very doable in that amount of time. If you have a shorter class, you might split this up over 2 lessons.)

During the centers work, I pulled students aside who had been struggling, and worked with them one-on-one. During this time, I asked them questions like, “Which solfa is the lowest we know?” “Which is the highest?” Then I sang two patterns for them: one in which the three notes were all the same (do do do) and one in which they went lower (sol mi do) and asked students to identify for each pattern whether they stayed the same, went higher, or went lower.

Then, I showed students a quarter note on the staff, even with the do clef on the second line, and asked them which note it was (do.)

Then, I showed students the pattern “do mi sol” on the staff, with the do clef in the first space, and asked them which solfa they saw.

This is a great time to clear up any misunderstandings and see where their breakdown of knowledge is! If students don't understand the function of the do clef, now's a good time to explain that!

To figure out which students were struggling, I used the game “Could it be smd?” in a previous lesson, which can be found in this set. There are other games you could use, though, such as these:

This was a really fun lesson: it gave students ownership while allowing me to work one on one with students who needed intervention!

Hope you enjoy trying this out in your classroom! Let me know if you have any questions, and happy teaching!